Most dentists recommend a proper teeth cleaning every six months to prevent, among other things, the implacable buildup of calculus or tartar — hardened dental plaque. Routine calculus buildup can only be removed through the use of ultrasonic tools or dental hand instruments. But what of 400,000-year-old dental tartar?

Tel Aviv University researchers, have uncovered evidence of food and potential respiratory irritants entrapped in the dental calculus of 400,000-year-old teeth at Qesem Cave near Tel Aviv, the site of many major discoveries from the late Lower Paleolithic period.

The research, published in Quaternary International, provides direct evidence of what early Palaeolithic people ate and the quality of the air they breathed inside Qesem Cave.

Possible respiratory irritants, including traces of charcoal — manmade environmental pollution — found in the dental calculus, may have resulted from smoke inhalation from indoor fires used for roasting meat on a daily basis. This earliest direct evidence for inhaled environmental pollution may well have had a deleterious effect on the health of these early humans.

“Human teeth of this age have never been studied before for dental calculus, and we had very low expectations because of the age of the plaque,” said Prof. Gopher, a member of the research team. “However, our international collaborators, using a combination of methods, found many materials entrapped within the calculus. Because the cave was sealed for 200,000 years, everything, including the teeth and its calculus, were preserved exceedingly well.” 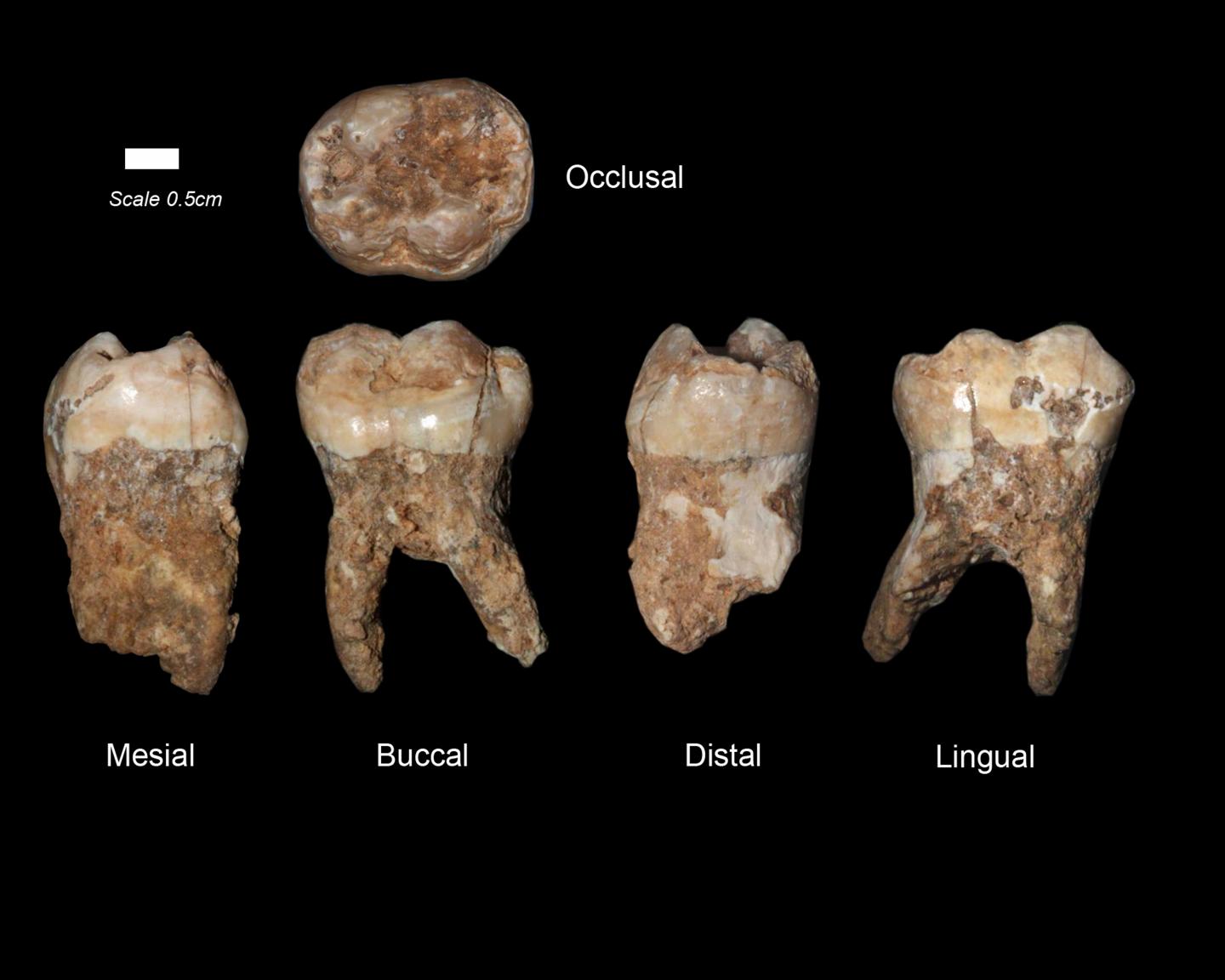 In what Prof. Barkai another researcher describes as a “time capsule,” the analysed calculus revealed three major findings: charcoal from indoor fires; evidence for the ingestion of essential plant-based dietary components; and fibers that might have been used to clean teeth or were remnants of raw materials.

“This is the first evidence that the world’s first indoor BBQs had health-related consequences,” said Prof. Barkai. “The people who lived in Qesem not only enjoyed the benefits of fire — roasting their meat indoors — but they also had to find a way of controlling the fire — of living with it.

The researchers also found minute traces of essential fatty acids, possibly from nuts or seeds, and small particles of starch in the analysed calculus. “We know that the cave dwellers ate animals, and exploited them entirely,” said Prof. Barkai. “We know that they hunted them, butchered them, roasted them, broke their bones to extract their marrow, and even used the butchered bones as hammers to shape flint tools. Now we have direct evidence of a tiny piece of the plant-based part of their diet also, in addition to the animal meat and fat they consumed.

“We have come full circle in our understanding of their diet and hunting and gathering practices.”

Within the calculus, the researchers also discovered small plant fibers, which they suspect may have been used to clean teeth — prehistoric tooth picks.

“Our findings are rare — there is no other similar discovery from this time period,” said Prof. Barkai. “The charcoal and starch findings give us a more comprehensive idea of how these people lived their lives — and this broader view came directly from their teeth.”

Uveneer is the invention of cosmetic dentist, Dr. Sigal Jacobson. Though only being launched since February of 2014, Dr. Jacobson’s patented
design is already being touted as “groundbreaking” and “essential” by dentists worldwide. A native of Australia, Dr. Jacobson also runs her own practice  Jacobson Dental Group of Melbourne. To learn more about what Uveneer can do for you and your patients, visit our Facebook, Twitter, and YouTube pages!