As a dental entrepreneur, I work with dentists all across the world, helping them to find solutions to their patient’s needs. Working dentists in the developing world, I have developed an appreciation for the unique challenges they face.
That is why I was excited by a recent article on the incredible progress made by the nation of Brazil and the work they’ve done to improve dental health across the board.

Recently, the International and American Associations for Dental Research (IADR/AADR) published a Discovery! article titled “10 Years of a National Oral Health Policy in Brazil: Innovation, Boldness and Numerous Challenges.” In it, researchers at the University of São Paulo, discuss Brazil’s National Policy of Oral Health, also known as “Smiling Brazil.” 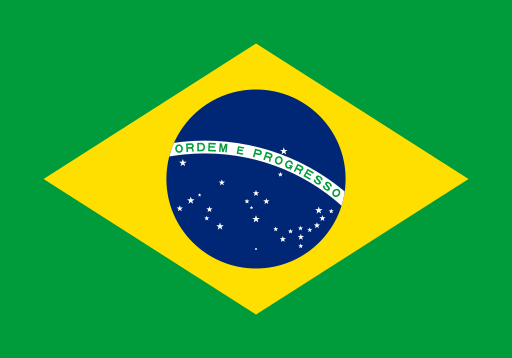 Brazil is the only country with more than 200 million inhabitants that has a universal health system, funded by federal, state and municipal budgets. In recent decades, the system has evolved from an exclusionary to a universal model, where everyone is entitled to healthcare and the government is required to provide it. Primary healthcare is the backbone of the new system.

While Brazil faces enormous inequalities in its health care system, the evidence demonstrates that the country is overcoming this challenge. The National Survey of Oral Health, “SB Brazil”, conducted in 2003 by the Ministry of Health, found that 13% of adolescents had never been to the dentist, 20% of the population had lost all his teeth and 45% of Brazilians didn’t have regular access to toothbrush. Due to the very limited access to dental care, it was estimated that in 2002 75% of the Brazilian population had lost all their teeth by the age of 60.

Smiling Brazil was launched in 2004, and they’ve put their money where there mouths are (so to speak). Over the past ten years, Smiling Brazil has committed 3.6 Billion dollars to improving the dental health of the nation.

• Expanded the fluoridation of the water supply.
• Built thousands of new clinics and health centers.
• Expanded the numbers of oral health professionals and teams.
• Made more specialty dental services available to a greater share of the population.

SMILING BRAZIL – AN EXAMPLE TO THE WORLD 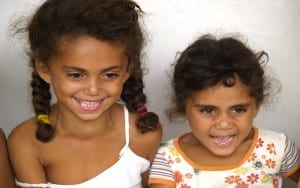 And the results are staggering. When the program began, only about 20 million Brazilian could access dental care. The figure has now risen well above 100 million. Tooth decay has been reduced by more than 30% and the number of adult teeth treated has increased by 70%. To support educational and preventive measures, 72 million kits with toothbrush and toothpaste for adults and children were distributed in 2008 and 2009 in elementary and high schools and by oral health teams. The Smiling Brazil Program is also targeting the poorest regions of the country through the inclusion of its initiatives in the Territories of Citizenship, promoting the universalization of basic citizenship programs in underdeveloped areas, as well as in programs intended to provide primary and specialized health care to indigenous peoples.

Not only that, Brazil with its growing economy has become the center of a growing global marketplace for dental products. Big players like Colgate are already marketing their toothpaste and dental products to this expanding marketplace where dental health has taken on new importance.

The authors of this paper believe that smiling Brazil is an extraordinary experience that can be emulated and adapted to the conditions of other countries and other healthcare systems, taking into account internal political and budgetary considerations. Smiling Brazil is still a work in progress, and much remains to be done, but let us hope that other nations take the good example of Brazil to heart, and invest so wisely in the dental health of its people.

Uveneer is the invention of cosmetic dentist, Dr. Sigal Jacobson. Though only being launched since February of 2014, Dr. Jacobson’s patented
design is already being touted as groundbreaking and essential by dentists worldwide. A native of Australia, Dr. Jacobson also runs her own practice  Jacobson Dental Group of Melbourne. To learn more about what Uveneer can do for you and your patients visit our Facebook, Twitter, and YouTube pages.