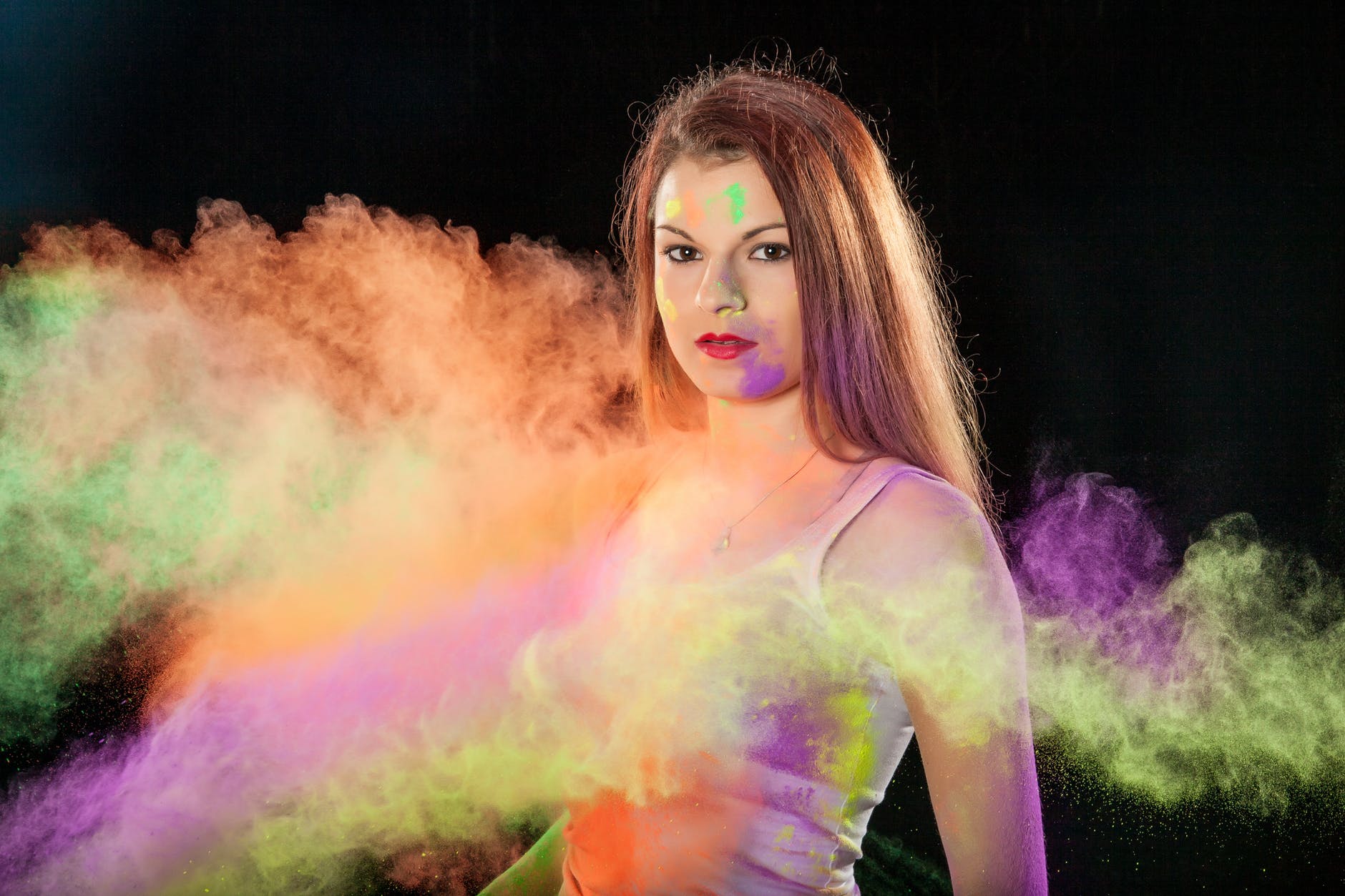 I gave my daughter teeth whitening and a cosmetic bonding procedure as a bit of a senior gift at the start of the school year. I knew she’d be applying for jobs and colleges and that both the color and shape of her teeth were hurting he confidence as she went into things. When our dentist told us he could correct the problems in an affordable way with a couple quick in-office procedures, I was all for it. However, here we are and the school year hasn’t even ended and her cosmetic bonding is already looking off. The dentist said it’s due to her “habits” and that he’d redo it, but I’d have to pay again because he doesn’t think he’s at fault and that she will discolor them just as rapidly again if she doesn’t stop whatever she’s doing. First off, I don’t know what “habits,” he’s referring to. She brushes well and never has cavities. Secondly, I don’t think it’s right that she could have done something to damage the work so quickly. One would think that if you’re going to drop nearly $2,000 on dental work, it should look good for many years to come. Should we get a second opinion on this or see another dentist to have it redone?

It’s tough for anyone to say what’s happening with your daughter’s case without a doctor actually examining her teeth. That said, we can break it down a bit for you.

Many Things Can Stain Cosmetic Bonding

The type of material used on your daughter’s teeth is the same thing used for fillings. It matches the tooth’s natural color, but there are many varieties; some thick and some thin, others more translucent, others more opaque, and lots of different things are added to them to give them a more natural hue or sheen. Because the natural tooth has layers, cosmetic work would also typically be done in layers, creating a look that matches the neighboring teeth. That said, the material is not as strong and resilient as something like porcelain, but most people get many many years from their in-office work regardless. This could have been an error on the dentist’s part. Perhaps he didn’t cure it long enough or a hygienist used an abrasive paste to polish, creating micro-scratches which would collect debris. Also, if the top layer is more translucent, it would also be more susceptible to staining, but that also brings us back to your daughter’s “habits.”

It sounds like your doctor was trying to beat around the bush with this one in the hopes you’d pick up on his meaning. Sure, failure to brush your teeth can cause staining, but usually it’s the things a person “bathes” their teeth regularly or habitually in that causes it. Rapid staining such as this is often seen in people who drink a lot of coffee or tea and those who smoke. Basically, anything that could irreparably stain a white t-shirt could be a risk to the color, so some people have issues with things like red wine, too.

It may be time to have a heart-to-heart with your daughter to find out if she’s consuming anything that would cause discolorations. She may not be, but if she is, you’ll have your answer then and there. If she says she isn’t, you can always have the work checked out by another dentist to find out if there’s any issue with the work that could be contributing to or causing the issue.

This blog is sponsored by Uveneer, chairside veneer template system for dentists. 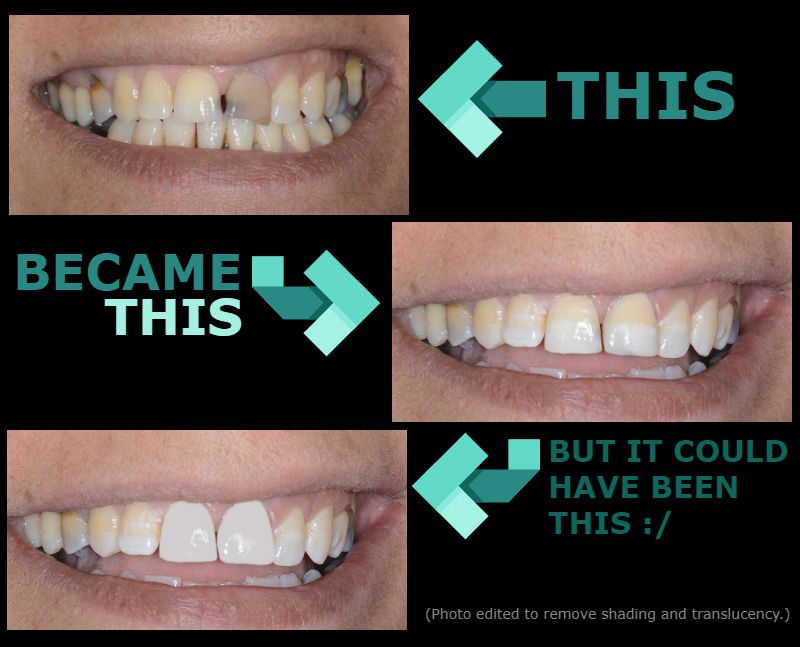 I’m writing in today to discuss something that’s been bothering me quite a bit as a dentist. Lately, I’ve had many patients come into my practice who have had chairside work done, but the direct composite veneers technique was way off, resulting in a very unnatural look for the patient. It seems like most dentists today have a fairly good understanding of opaquers. They do a fair job of masking surface irregularities, stains, and whatnot. However, their efforts seem to stop there. They aren’t focused on creating something that looks natural. Unfortunately, the patients don’t seem to know any better and they accept these bright white chicklet teeth because they’re happy to be free of the cosmetic blemishes and they don’t realize they could have teeth that look natural. I’m talking about translucency here—and the various shades which make up the appearance of a tooth’s color. I feel like this is something that is barely touched on in dental school—perhaps they’re more focused on the mechanics versus aesthetics. When I show patients before and after photos of how a direct composite veneers technique with layers looks compared to their solid white mass, I get the same response every time. It’s immediate excitement about how their teeth could look, followed by a wave of sadness that they’ve invested so much already to get sub-par aesthetics. Look—if you’re going to do cosmetic work, you should study cosmetic dentistry. Don’t just slap a layer or two of material on a tooth and call it a day. You owe your patients this much. Natural teeth are not one color. They’re made up of layers of various colors, with multiple levels of translucency.

I could go on about this all day and even provide some tips for dentists who want to improve their direct composite veneers technique, but I know there are many ways to produce beautiful results. What works for me may not work for someone else and I don’t want someone trying to copy my technique based on words on a screen thinking it’s the end-all. That said, if we could at least open their eyes some to the possibilities, so they seek out a solution that works for them, that would make my day.

Thanks so much for sharing your experience. This is one thing addressed in the Uveneer FAQ and on some of the instructional videos as well; that various layers and materials can be used even with a dental matrix system to achieve the desired aesthetics.

As you can see in the photo below (which is a before and after photo provided by a Uveneer dentist) opaque white teeth would not have worked at all here. It wouldn’t just have been a matter of translucency at the incisal edge; the coloring of the tooth would have been all wrong if the dentist had not used shading and layering to match the neighboring teeth.

This blog is sponsored by Uveneer, maker of an innovative dental matrix that helps dentists create more beautiful chairside veneers in less time.